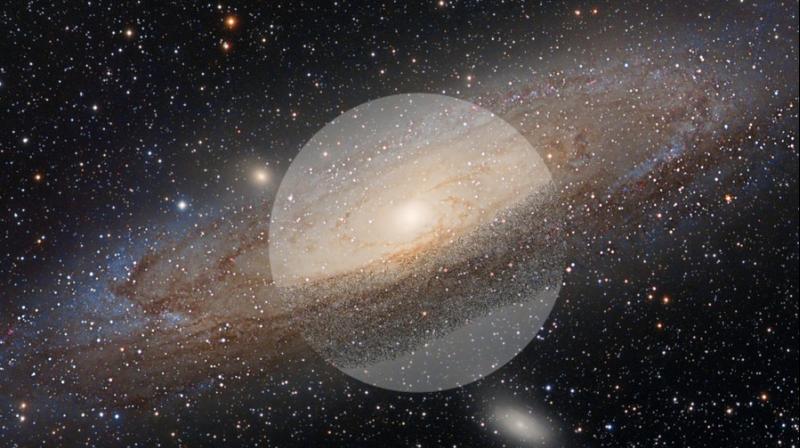 Planetary rings that surround Saturn, Neptune and Uranus were formed four billion years ago when large objects passed very close to planets and got destroyed, scientists have found, solving the mystery behind the origin and diversity of these rings.

The giant planets in our solar system have very diverse rings. Observations show that Saturn’s rings are made of more than 95 per cent icy particles, while the rings of Uranus and Neptune are darker and may have higher rock content.

The study by researchers at Kobe University and Tokyo Institute of Technology in Japan focused on the period called the Late Heavy Bombardment that is believed to have occurred 4 billion years ago in our solar system, when the giant planets underwent orbital migration.

It is thought that thousands of Pluto-sized objects from the Kuiper belt existed beyond Neptune.

Researchers calculated the probability that these large objects passed close to the giant planets and were destroyed by their tidal force during the Late Heavy Bombardment.

The team used computer simulations to study disruption of these Kuiper belt objects by tidal force when they passed the vicinity of the giant planets.

They discovered that in many cases fragments comprising 0.1-10 per cent of the initial mass of the passing objects were captured into orbits around the planet.

The combined mass of these captured fragments was found to be sufficient to explain the mass of the current rings around Saturn and Uranus.

The researchers also simulated the long-term evolution of the captured fragments using supercomputers at the National Astronomical Observatory of Japan.

From these simulations they found that captured fragments with an initial size of several kilometers are expected to undergo high-speed collisions repeatedly and are gradually shattered into small pieces.

Such collisions between fragments are also expected to circularize their orbits and lead to the formation of the rings observed today.

This model can also explain the compositional difference between the rings of Saturn and Uranus. Compared to Saturn, Uranus and Neptune have higher density. This means that objects can pass within close vicinity of the planet, where they experience extremely strong tidal forces.

As a result, if Kuiper belt objects have layered structures such as a rocky core with an icy mantle and pass within close vicinity of Uranus or Neptune, in addition to the icy mantle, even the rocky core will be destroyed and captured, forming rings that include rocky composition.

However if they pass by Saturn, only the icy mantle will be destroyed, forming icy rings. This explains the different ring compositions.